The Cowboy's One and Only 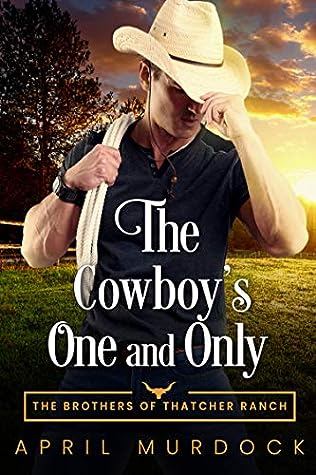 Change is inevitable. If you see the good in the change, it can make all the difference. Acceptance takes longer for some than others.

Logan Thackston wasn't dealing with the changes that were coming well. In fact, he was choosing to be involved only when absolutely necessary. In the middle of his worry and annoyance about what felt like turmoil in his family, he met a woman who turned out to be his lifeline.

Frankie Mills has been sent to live with her grouchy uncle while her parents jaunt around the world. The small town of Sagebrush, Texas was vastly different for a young woman than it had been for a child. The adventures didn't live up to her pleasant memories.
And Uncle Elmer seemed more crusty than she remembered.

Frankie and Logan met by chance and made a date the very night they met. They both felt the sparks. Their first date was a rock climb up Logan's favorite spot that lasted hours longer than planned. By the time they made it to Frankie's house, trouble was brewing. And from there, trouble was always near the surface. Though there was an intense pull to each other, it couldn't be permanent. Frankie would go back to Richmond one day - probably sooner rather than later. So they kept things simple. Easy.

But were either of them happy to settle for this tepid friendship? When an accident changes the balance between them something snaps. The balance they'd created to survive the unknown was shattered. There were more unknowns now than ever before. While Logan tries to heal, will he be able to figure out what he really wants with Frankie? And when he does, will his plan be one that would work for everyone - including his family and hers, too?

Meet the family of ranchers in this book 1 as they do all they can to make their ranch thrive while making life meaningful. Each story in the series has a happy ending and no cliffhangers. Each book will have one brother finding love and a happily ever after. 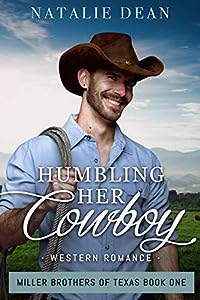 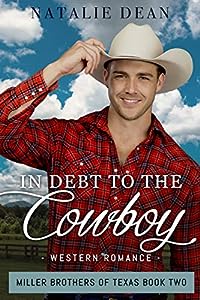 In Debt to the Cowboy (Miller Brothers of Texas #2) 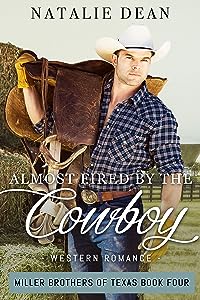 Almost Fired by the Cowboy (Miller Brothers of Texas #4) 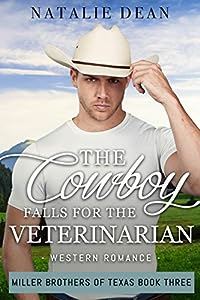 The Cowboy Falls For The Veterinarian (Miller Brothers of Texas #3)